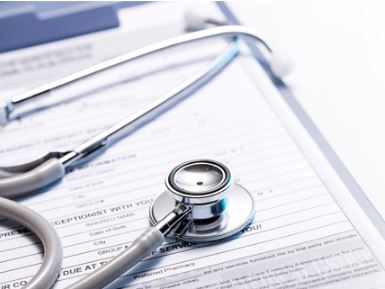 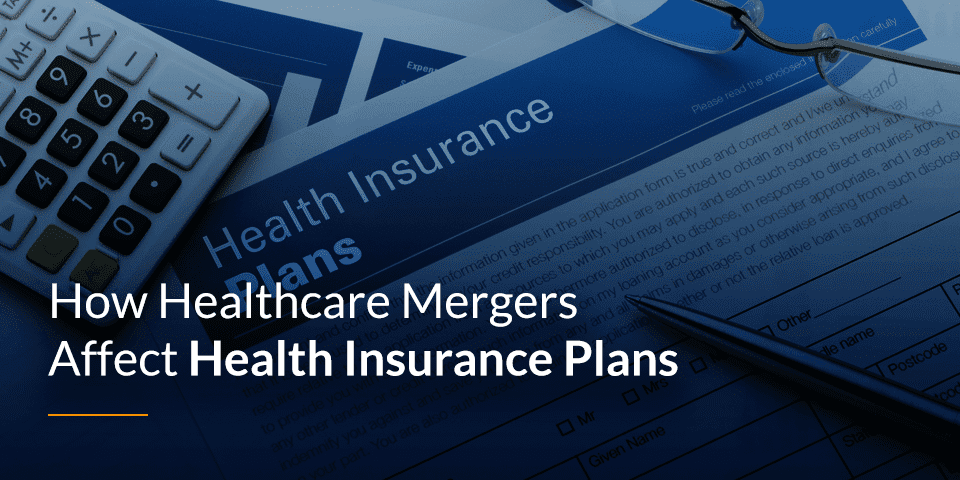 Jump to: What is a Merger and Acquisition in Healthcare? | Healthcare Company Merger Examples | The Benefits of Mergers and Acquisitions on Insurance | What are the Downsides of a Healthcare Merger | The Difference Between Successful and Unsuccessful Mergers

If you find out that your insurance provider is part of a merger or acquisition deal, you probably have many questions about why it’s happening and how it will impact your healthcare overall. The world of healthcare mergers and acquisitions may initially appear confusing, but an overview of their benefits and disadvantages will help you make the best decisions when it comes to insurance.

What Is a Merger and Acquisition in Healthcare?

Most people associate the term “mergers and acquisitions” (M&A) with high profile business deals in which large companies combine into one. The concept is the same when it comes to healthcare, but the impact on individual lives is much more significant. A healthcare merger occurs when two or more healthcare or insurance providers integrate into one sizeable new entity.

Hospital mergers are increasingly common. In this scenario, two separate hospitals or hospital systems join forces to become a new organization. In a merger, the decision to form a new entity is mutual, and the new leadership generally consists of parties from both companies. The legal complexities and cost of a merger are higher than those of an acquisition.

For patients, a hospital merger can be confusing because it often involves shifts in insurance coverage. Although a hospital system has greater leverage in negotiations with insurance companies than an individual hospital, the savings don’t necessarily trickle down to patients. If you were a patient of a smaller hospital that merges with a larger one, you might find you do save money on premiums, deductibles and copayments. If you were a patient of the larger hospital, you might see your insurance costs increase.

An acquisition is similar to a merger but has a different intent. A merger is meant to expand business operations. An acquisition is meant to increase the company’s market share. Rather than pooling the assets of two entities, one entity purchases and completely absorbs the other.

The term acquisition is often associated with “hostile takeovers,” so many businesses and healthcare entities shy away from it. Some even label acquisitions mergers when they aren’t, and it’s becoming more common to label such transactions “merger and acquisition” activities.

Common Types of Mergers and Acquisitions

Hospital mergers make up most M&A activity because there are more hospitals than there are other healthcare entities. Other common types of M&As include mergers between insurance companies and the acquisition of pharmacies by hospital systems. In some cases, a company that’s neither a provider nor an insurance company will acquire a business in the healthcare space.

For example, CVS Health — a pharmacy benefits manager (PBM) — acquired the insurance company Aetna in 2018. Although CVS is mostly known for its ubiquitous drug stores, the company has been positioning itself as an emerging leader in accessible healthcare. Acquiring Aetna and gaining access to its provider network has allowed CVS to begin developing a new type of healthcare for consumers, based on affordability and convenience.

Real-world examples of healthcare mergers continue to pile up. In 2017 alone, healthcare organizations undertook 115 M&A transactions. Nine percent of these transactions involved companies with more than $1 billion in revenue.

These “mega-deals” confirm the trend of huge healthcare organizations making mergers and acquisitions a key part of ongoing business strategy rather than an occasional anomaly.

In fact, 71 percent of health leaders expect merger and acquisition activity in their organization to increase over the next three years. These are some of the most recent merger examples in healthcare.

The merger of major pharmacy chain CVS Health with insurance company Aetna generated massive interest among consumers, healthcare companies and regulators alike. The two companies finalized their merger in late 2018, with a total transaction value of $70 billion. Aetna will retain its brand name and function as its own business within the ecosystem of CVS health operations.

The Aetna and CVS merger differs from others in that it’s asymmetrical. Instead of a consolidation of two organizations in the same line of service — two insurance companies, two hospitals, etc. — this deal was designed to create both vertical and horizontal integration by incorporating services neither entity could provide on their own.

With the 90 million members of CVS and the 39 million individuals insured by Aetna, this deal affects a considerable population. Those with Aetna insurance are expected to see increased savings at CVS locations thanks to the merger. Innovative programs in the works aim to improve access and convenience for consumers, and thereby drive down costs in the long run.

Cigna’s acquisition of Express Scripts followed close on the heels of the Aetna and CVS merger. Health insurance provider Cigna acquired the nation’s largest PBM for $67 billion, creating a healthcare giant in the process. Notably, Cigna had previously attempted to merge with rival insurance provider Anthem but did not receive approval from the federal government.

The strategy behind this acquisition is to improve bargaining power by increasing the pool of consumers while improving transparency in the PBM industry.

The Benefits of Mergers and Acquisitions on Insurance

When healthcare companies merge or acquire other entities, customers should theoretically always see a reduction in costs. Hospital mergers, for example, aim to reduce costs by consolidating in expensive areas like IT and supply chain.

When hospitals merge, the resulting organization can get better deals on insurance reimbursement for procedures. These should be passed on to the consumer in a combination of savings on premiums and co-pays.

With an insurance company merger, the new organization can use the money saved from integration to improve the benefits for their customers. An insurer may offer a wider variety of plans after a merger, add benefits to existing plans or add providers to their networks.

When Aetna and Humana were planning to merge in 2016, they focused on the benefit to senior consumers. According to their 2016 press release, the merger would provide numerous insurance benefits including:

The release also stressed the introduction of new services and tools to allow consumers to take better control of their health. Similar claims accompany debate about nearly all insurance mergers.

What Are the Downsides of a Healthcare Merger?

Although a healthcare merger has the potential to lower the cost of insurance or healthcare, history shows these positive outcomes are few and far between.

Dr. Gregory Curfman, Assistant Professor of Medicine at Harvard Medical School, addresses the problem of theory versus reality when it comes to hospital mergers. Dr. Curfman points out that when hospitals merge, they take up more of the consumer health market. It also means health insurance companies pay higher costs for medical procedures and care — which translates to consumers paying higher premiums.

There’s also the fact that hospital mergers don’t always generate savings. From 2009 to 2014, mergers resulted in a cost reduction of 2.5 percent for hospitals — totaling about $5.8 million. In comparison to the millions or billions of dollars spent on each merger or acquisition, these savings seem relatively paltry.

When insurance companies merge, consumers suffer from a lack of competition in the marketplace. While insurance companies argue that larger insurers can leverage higher discounts from healthcare providers, the evidence shows they do not necessarily pass those savings on to the consumer.

The Commonwealth Fund has gathered results from several studies which suggest a smaller number of insurers results in higher insurance premiums. The best way to study the impact of insurer mergers is to study the aftermath of individual M&As rather than look at them in aggregate. One of the most compelling event studies followed the effects of the merger between insurers Aetna and Prudential.

Following the Aetna-Prudential merger, researchers surveyed a pool consisting of self-insured plans as well as large-group plans. They found that premiums increased more in places where there was greater market overlap before the merger. And premiums didn’t just rise within Aetna — competing insurers raised their prices, too.

In 2008, Sierra Health and UnitedHealth merged. Another study investigated small-group premiums, finding they increased nearly 14 percent in the year after the deal. UnitedHealth is now the largest health insurer in America, and with little threat of competition, they have no incentive to lower insurance costs.

These two cases help prove that competition really is a good thing in the health insurance market. Healthcare mergers have consolidated the industry so much that consumers only have a choice between a handful of care providers and insurers alike. Mergers cut costs in theory, but reality has seen little of those savings making it back to consumers.

The Difference Between Successful and Unsuccessful Mergers

What makes a healthcare merger successful? If the hospital or insurance merger actually does lower prices on either the care or insurance side, they’re certainly doing something right. But to get to that point, they must first complete a few milestone steps:

For hospitals to merge, they must deal with some culture shock. While providers all have a similar mission, they likely approach it differently. A small hospital merging with a larger one might find it difficult to adopt the fast pace of a larger institution. They may struggle with a new system of communication or workflow, or a host of other new policies that require them to change their routine. For a patient, this could mean disjointed care and breakdowns in communication.

When insurance companies merge, customer service can suffer as disparate companies work to integrate their different service models. If you find your insurance company is taking longer to respond to you and offering less help than before, that’s a sign of an unsuccessful merger. You may be better off seeking a different insurer.

Before a hospital merger even begins, one major concern is the integration of IT systems. As healthcare moves toward an increasingly digitized records system, merging hospitals need to ensure everyone’s data remains intact and secured. If systems integration does not go seamlessly, patients suffer due to lost or misplaced records and other information. In addition to inconvenience, a failure to integrate IT systems during a merger worsens care outcomes for patients.

If an insurance merger does not put enough focus on data systems, you may be in for a record-keeping fiasco in which information regarding your claims history and coverage is inaccurate or missing. If you find yourself on the phone with your insurance company trying to straighten out numerous details, you may be experiencing the fallout from an unsuccessful insurance merger.

Filling schedule gaps and finding the right physicians and staff for newly merged hospitals is often the last step in completing the deal. This not only frustrates staff but can cause hangups in the delivery of patient care. A surgeon may get lost on their way to a critical surgery, or a physician may have to deal with expanding responsibilities in a setting with unfamiliar staff. These small oversights can accumulate and disrupt the overall efficacy of the newly merged entities.

When a deal involves health care providers merging with insurers or PBMs, the vertical integration introduces even more challenges on the coordination front. Consumers may be shuffled around between doctors and pharmacies, and experience unexpected changes in their insurance plan.

Bring Your Insurance Questions to Gunn-Mowery 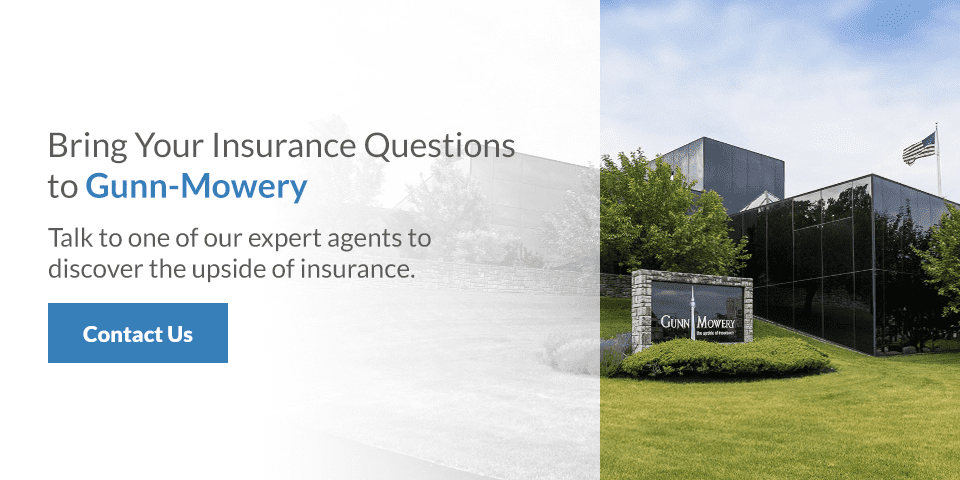 Mergers and acquisitions among insurers and healthcare facilities can come with many unanswered questions for consumers. If your insurance company is undertaking M&A activity, it may be time to reevaluate your coverage and ensure you’re getting the best plan for your needs.

Contact Gunn-Mowery for friendly and straightforward answers to all your insurance questions. We know all the complexities of insurance can be overwhelming, especially when you’re shopping around for the right policy. As one of the leading insurance agencies in Central PA, we focus our energy on being your advocate. Talk to one of our expert agents to discover the upside of insurance.

GET A FREE QUOTE